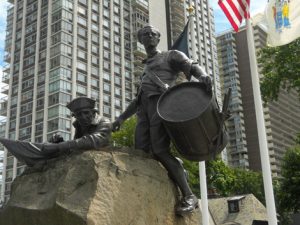 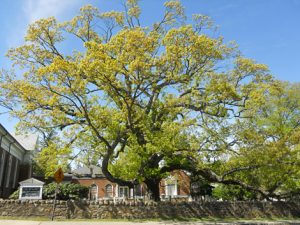 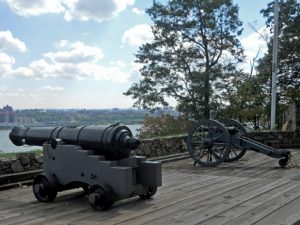 “Al Frazza’s Revolutionary War New Jersey was my go-to source as I drove around the Garden State for a traveling history of the war that made us who we are.  And the story of how Frazza created his matchless online guide – working by himself, over more than seven years, inspired by his love for his home state – is as fascinating as the information-rich website itself.”
– Bob Thompson, author of Born on a Mountaintop: On the Road with Davy Crockett and the Ghosts of the Wild Frontier, and now working on a book about the Revolutionary War and its turning points.

“Al Frazza is a photographer, researcher, and historian who took it upon himself to create a website that illustrates the important role that the state of New Jersey played in the Revolutionary War. He is a meticulous historian who spent about seven years putting that project together. He personally took every photo on the site, and can vouch for the authenticity of every single piece of evidence that he presents. It’s an amazing resource.”
–  Ashley Ziccardi, regent of the Chinkchewunska Chapter of the D.A.R., quoted in the February 26, 2018 edition of the New Jersey Herald

“Sharing local history with patrons was always a pleasant experience. I found it even more so when I met Al Frazza. He visited the Library and expressed interest in Bound Brook and South Bound Brook historic sites. Al was in the midst of creating his massive website, RevolutionaryWarNewJersey.com. His passion for the topic was evident from the start. We discussed the Old Stone Bridge, the Old Presbyterian Graveyard and the Revolutionary War veterans interred there and the Frelinghuysen Tavern site, to name a few.

“Al pursued authentic sources for his descriptions of sites and verified every detail. He asked pointed questions with an aim for accuracy. His source notes add another important dimension to the integrity of the website. Clearly, his knowledge on the topic is vast. You can trust that RevolutionaryWarNewJersey.com is an authoritative source of information on 18th century New Jersey, the ‘Crossroads of the American Revolution.’”
– Mary C. Nelson, Local History Librarian (Retired), Bound Brook Memorial Library Branch, Somerset County Library System of New Jersey; Co-author of The Old Presbyterian Graveyard, Bound Brook, New Jersey: A Resource

“A great source to learn more about all of the state’s relevant sites is revolutionarywarnewjersey.com”
– Passaic Valley Today, August 23, 2018, “Tapping Into History Could Bring NJ More Tourist Dollars”

“The Chinkchewunska Chapter History Award is given annually to an individual or group who has demonstrated outstanding volunteer work in some aspect of local history. This year we are proud to present this award to Al Frazza.

“Webster’s Dictionary defines an historian as ‘a student or writer of history.’ While Al certainly fits that description, I’d add that he is also a ‘liver and breather’ of history. He is responsible for the research, writing, photography, and design of the website RevolutionaryWarNewJersey.com.

“This modest man totally immersed himself in what became a 7 year-long ‘labor of love’, creating from primary sources and photographs, all taken personally by him, a resource for anyone interested in learning about the role of New Jersey in the Revolutionary War. This ‘Ultimate Field Guide to New Jersey’s Revolutionary War Historic Sites’ is a must for anyone who understands that history is often made in our own backyard.

“Mr. Frazza knows that the best way to learn about history is to walk where history was made. Revolutionary War sites in all of New Jersey’s 21 counties are featured. I personally felt like I was walking through a doorway to New Jersey’s past as I browsed the website… We congratulate this dedicated scholar of History. The certificate reads, The Chinkchewunska Chapter 2018 History Award is presented to Al Frazza in recognition of his outstanding dedication to the preservation and sharing of New Jersey History.”
– The Chinkchewunska Chapter of the D.A.R.

“One particular resident’s keen interest of the American Revolutionary War period sparked an idea – to share his passion with others. His goal was to literally bring the past alive on a website.

“Al Frazza, a township resident, has made it easy to take a virtual walk and tour through historic sites and landmarks in the state, without ever having to step foot there. After all, he’s done all the legwork already.

“Frazza’s two loves, that of history and that of New Jersey, has come together in his website called ‘RevolutionaryWarNewJersey.com. The extensive listing ranges in photos and research on vrious sites that he has covered over the past several years.