About The Author – Al Frazza 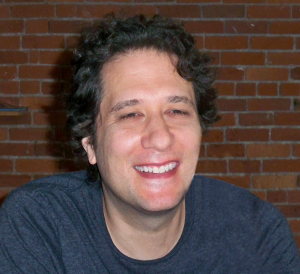 Al has just published his first book, which describes his experiences during the years he spent exploring New Jersey Revolutionary War historic sites. The book, titled State of Revolution: My Seven-and-a-Half-Year Journey Through Revolutionary War New Jersey, is part history, part memoir, part travelogue, part love letter to the state of New Jersey. It also contains historic Revolutionary War stories and reflections on the importance of history. The book allows the reader to relive Al’s extensive journeys throughout the state, and the interesting and sometimes humorous experiences he had along the way. The book is available now for purchase at Amazon, Barnes and Noble, and  other online and physical booksellers.

Since completing the writing of State of Revolution: My Seven-and-a-Half-Year Journey Through Revolutionary War New Jersey, Al has embarked on a new area of historic research. He is currently doing research for his second book, which will be about New Jersey in the mid-twentieth century.

Al Frazza is a lifelong resident of North Jersey, who has had a passion for history for much of his life.

His work and photographs have been featured in many New Jersey publications, including The Record, The Herald News, The Star-Ledger, New Jersey Monthly, NorthJersey.com, Passaic Valley Today, The Home News Tribune, The Courier News, The Asbury Park Press, The Burlington County Times, The Vorhees Sun, The New Jersey Herald, Patch Across New Jersey, The Advertiser-News, The Parmus Post, Pascack Press, The Sicklerville Sun, The Township Journal, The Sparta Independent, The River View Observer, The Berlin Sun, The Atlantic Highlands Herald, The Beverly Bee, The West Milford Messenger, and The Hunterdon Review.

Al received the 2018 History Award from the Chinkchewunska Chapter of the New Jersey D.A.R. “in recognition of his outstanding dedication to the preservation and sharing of New Jersey History.”

Al Frazza’s Book State of Revolution
Is Available Now in Paperback and eBook: